The Java Cafe is a community of 3,465 amazing users

I’ve been working on a blog post about implementing perlin noise. It is going to be a gentle explanation of how to generate multidimensional, gradient noise images. I plan for that post to have links, citations, explanations, etc. while also showcasing good code. However, on the way to good code we often write a lot of bad code, and that is what this blog post is about. 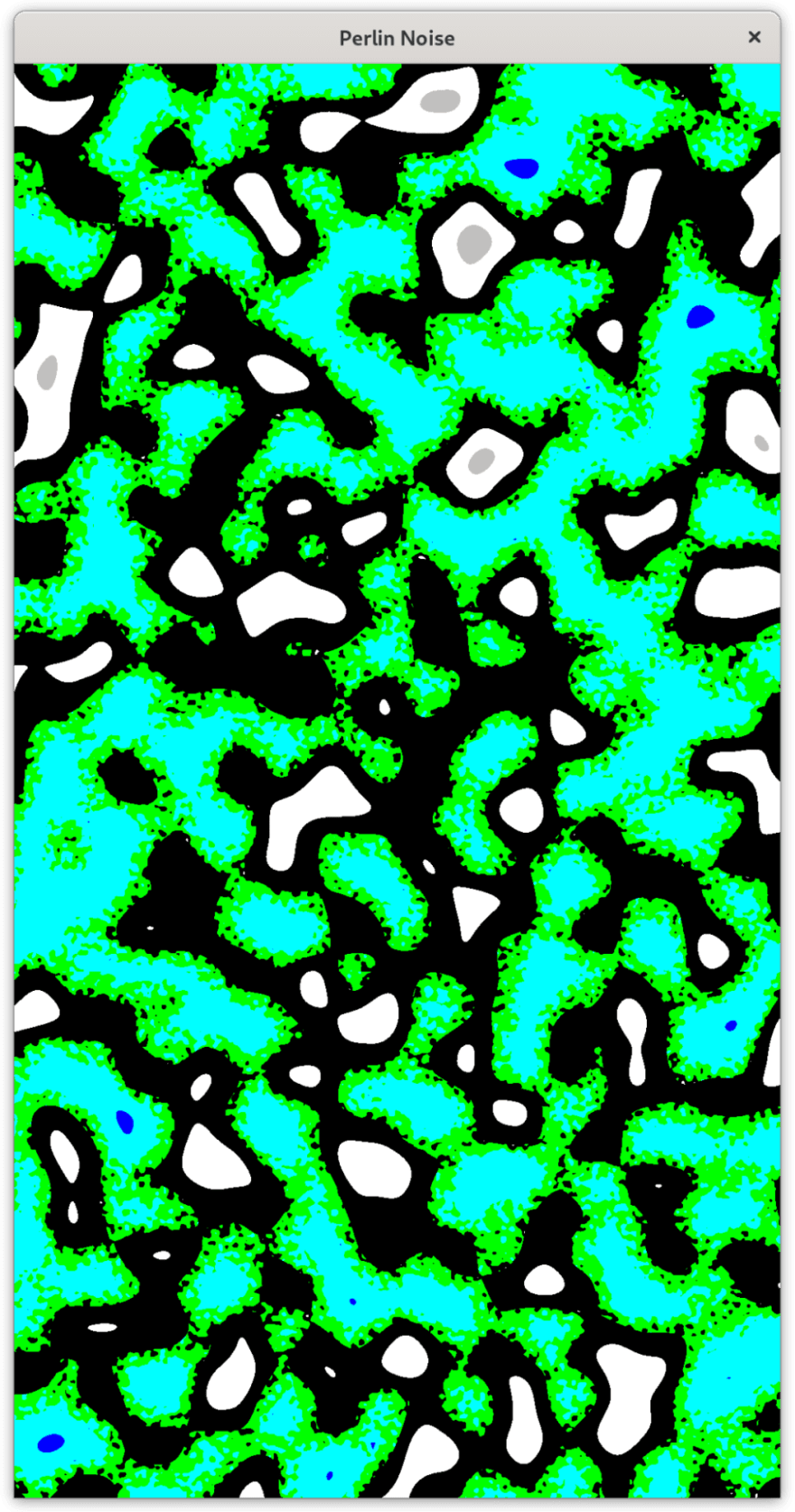 Above is my first implementation written in Java. The image shows a software rendered noise generated image that looks a bit like a lava lamp and when in motion, it is a calm, soothing visualization running at… 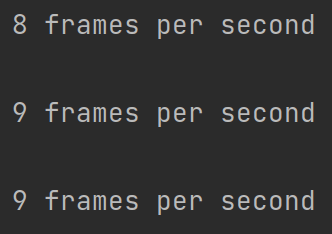 Ouch… Ok let's get those numbers up.

Perlin noise averages random values at each pixel to create a gradient,assigns that gradient to a color, and draws the pixel. It is also embarrassingly parallelizable1.

My renderer works by drawing pixels left to right, top to bottom. I implemented this common dual loop pattern as two IntStreams. Each stream contributes an x, and a y coordinate, then those are passed to my Perlin object along with a third coordinate z. The perlin function returns a number between 0 and 1 which is mapped to a specific color.

In Java, streams can be run parallel which causes them to be scheduled on different threads and thus (if Java behaves) run on multiple cores.I made the outer loop parallel2 by replacing

Now our screen should render with the full force of my Intel i7 8700k's 12 virtual cores and at the very least the app should be rendering at 30 fps. Now to hit the run button to find out…. 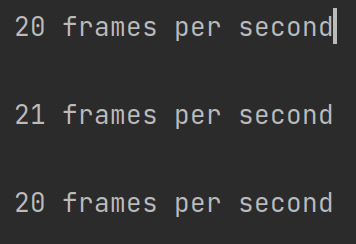 … Well frack. Hopefully I'm at least not burning my computer to the ground…

Double frack. How did I end up burning through 70% of my CPU but only doubled my framerate? In this example the CPU draws images to main memory and then transfers that image to the GPU to be displayed.3 Much of our CPU time is consumed with transferring data around and not displaying or generating that data. By running my code on the GPU directly then this transfer step is removed, I free up the CPU, and I get more performance.

And now a snag : GPUs run shader programs written in a language called GLSL. This means porting my Perlin class to GLSL and adding code to my app to load it onto the GPU. This exercise also turned into porting the application to Android and rewriting the UI Kotlin.4 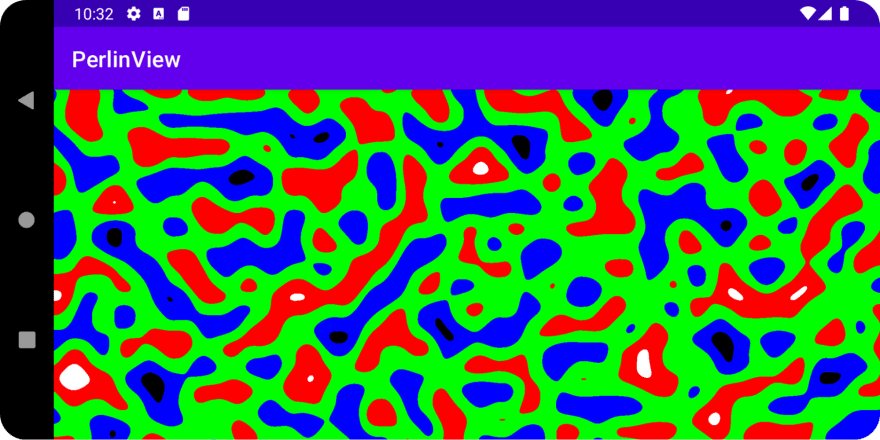 Sweet, 60 fps. All it took was cargo culting c code into Java code, marrying that with GLSL code, and then shoving it into an Android activity.5

Also, how's the CPU performance on our Android device?6

So where's the bad code we were promised? Well, here's a sample of our shader.

I borrowed my Android implementation from the Android Developers OpenGL ES docs. Their example code supplies a basic framework for loading shaders and displaying geometry. Their examples used a Kotlin file with the GLSL program stored as string constraints, and I followed their pattern.78 If this weren't an experiment I would have these strings be externalized into a file, but this IS an experiment though so let's just leave it in a fume hood and move on. 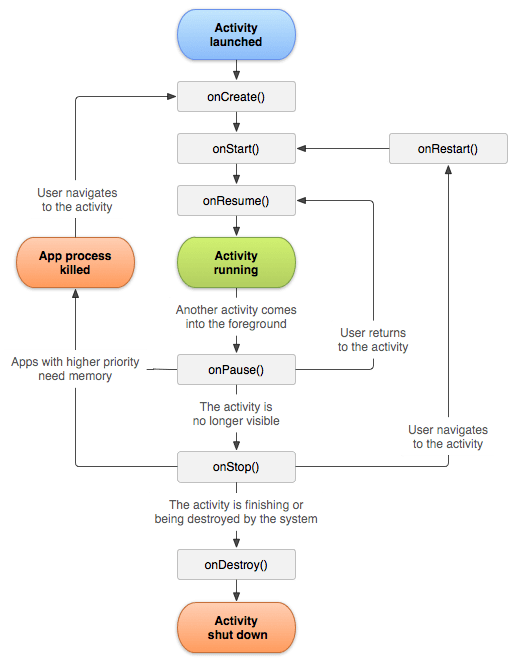 In addition to being a GLSL demonstration, this is also an Android application. In Android, an application has to obey the Activity lifecycle9. This lifecycle gives the Android operating system the ability to start, stop, background, hibernate, and kill any application in the system. It is your responsibility to make sure your app handles these events correctly.

Notice how I said "YOUR app", my app handles these with good ole fashioned neglect.

That's the whole main action. Don't expect it to behave, it was raised in a barn by a drunken lout.10 The code gets worse from here, feel free to take a look on my github and laugh or weep as appropriate.

So what did I learn from this experiment and the mountain of radioactive code it produced? A lot actually! This project sets up the GPU on an Android device, loads GLSL code into the shaders, and RUNS IT! I also have a better idea of how I should managed source files, have gotten a sharpening of my Kotlin and C skills, and remembered that OpenGL is an insane monster that justifies the prices game developers pay for Unity.

That's it for today guys, keep coding and have fun.

Data Science on the JVM with Kotlin and Zeppelin

Have your say about Quarkus